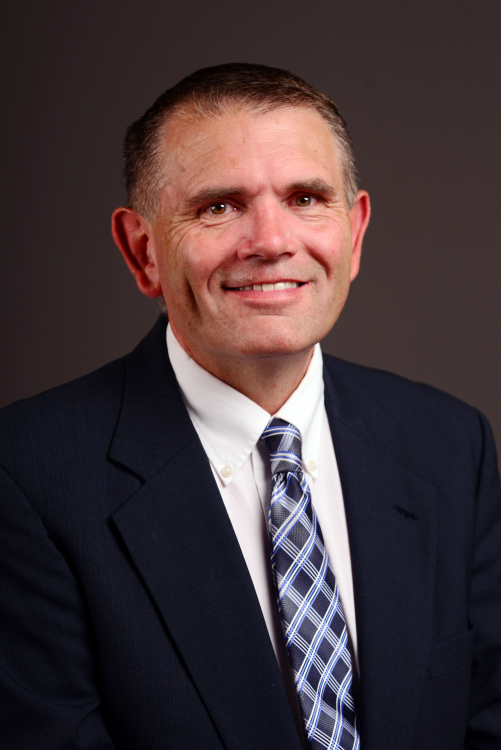 You can also Mail your donation to: 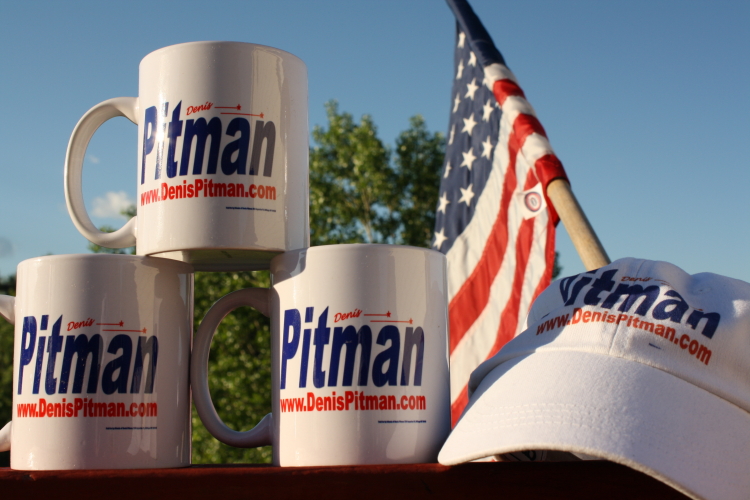 Famous Rabbit of the Back Yard.... Snowbell.  The rabbit that thinks it's a dog!  Our back yard is on Senator's Blvd., and many people stop and check out the big white rabbit!  Snowbell died peacefully under a tree in our yard in Sept. 2012...

KEEP GOING DOWN THE PAGE TO SEE SOME OF THE PROJECTS THAT DENIS HAS BEEN WORKING ON WHILE ON THE BILLINGS CITY COUNCIL!!!

What people are saying about Denis:

Thanks to Councilman Denis Pitman, for helping arrange the parking spot, to help Brookstone Monument, access to park their truck near the Montana Purple Heart memorial, in order to inscribe new names, Tomy Parker, Corey Sherwood, and many others, thanks to Marlene and Dennis of Brookstone. 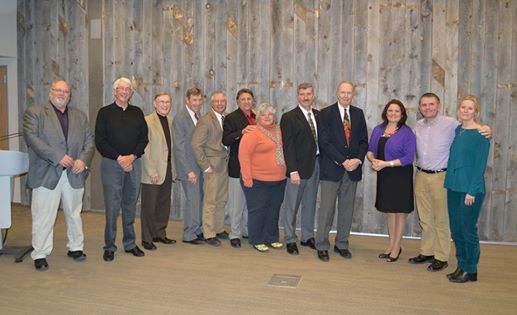 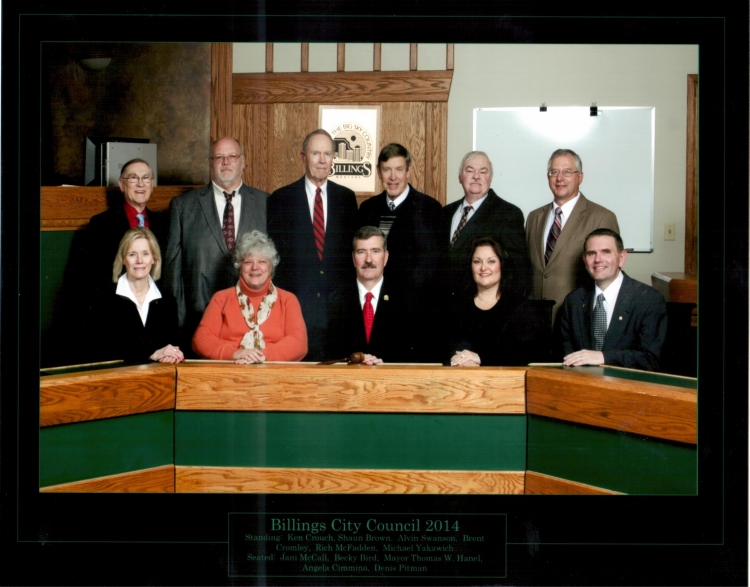 “To laugh often and love much;

to win the respect of intelligent persons

and the affection of children;

to earn the approbation of honest critics

and to endure the betrayal of false friends;

to find the best in others; to give of one’s self;

to leave the world a bit better,

whether by a healthy child,

a garden patch, or a redeemed social condition,

to have played and laughed with enthusiasm

and sung with exultation;

to know that even one life has breathed easier

because you have lived -

this is to have succeeded.” 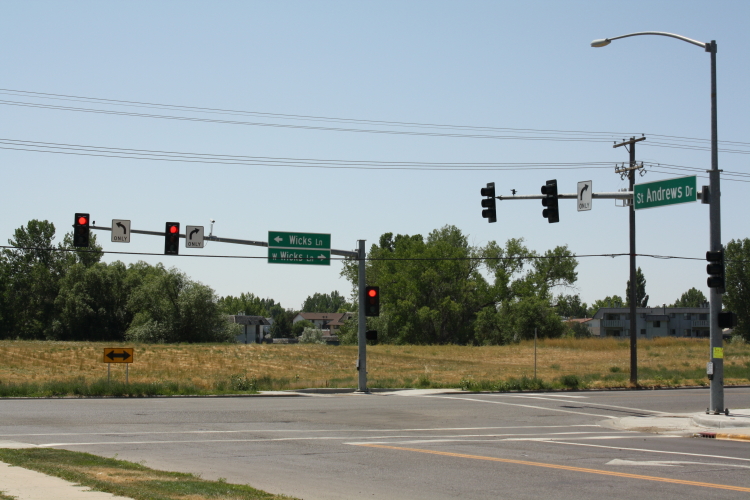 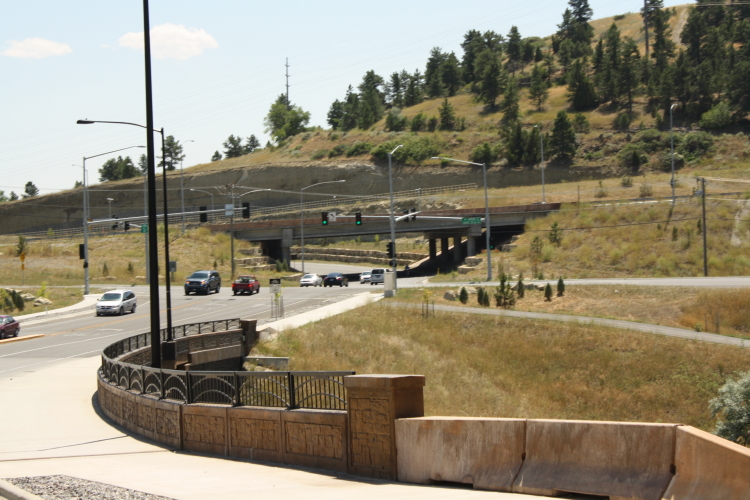 ﻿The students in Skyview High’s advanced-placement government class are trying to practice what they’ve been preached.

The students are meeting with the Billings City Council later this month to propose building a disc golf course at High Sierra Park in the Heights.

“In the spring, second semester, I tell my students, the community has done a lot for you, now it’s time for you to do something for the community,” Jerry Jette, Billings Skyview High School government instructor, said. “The reason I do this is so they understand” how city government works.

Jette’s class got together earlier this year and came up with a plan to put a disc golf course in the Heights. It was an idea fraught with potential setbacks.

Last fall, after complaints from residents, the City Council voted to remove disc golf from the Pioneer Park Master Plan. The move caused an uproar in the community, and the council put disc golf back in weeks later.

Jette reminded his students of the controversy and told them he didn’t think proposing a disc golf course was the greatest idea. But his students persisted.

And he’s glad they did.

“We haven’t had anyone say this is a bad idea,” Jette said.

In fact, when the students made their presentation to Mark Jarvis, the city’s park planner, he was pleasantly surprised.

When the Pioneer Park Master Plan was revised by the council, members asked the parks department to look at other places in the city where a disc golf course could be built to alleviate some of the pressure on Pioneer Park.

“Turns out High Sierra Park is No. 2 on the priority list,” Jarvis said.

The students met with the Heights Task Force last week and then held a community meeting at Skyview High on Tuesday night. The response was positive at each gathering, Jette said.

Denis Pitman, one of the council’s two Heights representatives, was at both meetings and praised the students’ efforts.

“It’s a great civic lesson for the students,” he said.

“This is a park where there aren’t a lot of neighbors,” he said. “It’s an easy fit.”

Students will meet with the parks board next week and then the City Council at its May 24 planning session. Pitman believes they’ll get a positive reception from council members.

Jette is just pleased his students are learning how local government operates. They’ll live in towns and cities their whole lives, and it’s important they know how government functions, he said.

“I think that it’s great civic acumen,” he said.

Heights business growth more than a sign of recovery

BILLINGS- If you were new to Billings and were driving around Metra Park, any evidence of the Father's Day Tornado of 2010 could easily be confused with maintenance work or road construction.

Heights City Council representative Angela Cimmino said a little more than a year ago, the current appearance of Main Street post-tornado would be considered fantasy.

But the fantasy came to life today, as it has several times in the recent past, as two stalwart Billings businesses broke ground on a new location Thursday at Main Street and Hansen Lane.

The Brewer Dental Center plans to open their new dental office in March of 2012, and Dr. Kevin Brewer, D.D.S., hopes his new building's tenant, City Brew, can open its doors before spring.

For Brewer, the move to the heights seemed like a smart business decision.

"Well, it's the fifth largest city in Montana is what I'm told," said Brewer. "And we've got Lockwood not far away, which is they say, is the seventh largest community in Montana. So, it's just a huge population base. If you look at dentist ratios, how many thousand people there are per dentist in a location, this location is pretty good."

According to Rick Leuthold of the Big Sky Economic Development board and Sanderson/Stewart, that's really the story of the heights.

"There are several locations, even right along Main Street, where this was an old dilapidated corner, it had a car lot on it, and could be used in a better fashion," said Leuthold.

But even with the prime real estate, Brewer noted the difficulty of establishing a brand-new cliental base, calling the move "risky" while also describing it as "exciting".

Leuthold says some of that risk is due to the Billings heights historically being behind the curve when it comes to development-but recent and anticipated growth in the area is catching the massive neighborhood to speed--mostly due to the regional pull of Billings enjoyed by the community at-large.

"We benefit a lot from the natural resource industries in and around the area," said Leuthold. "Of course, we have a strong medical community, a strong agricultural community and services sector."

And it's the services sector heights city councilman Denis Pitman hopes the continuing development of amenities helps to expand.

"I think we're looking at hoping to, at some point, attract the movie theaters, some more restaurants, family restaurants that'll accommodate larger groups, things like that," said Pitman.

But both Pitman and Cimmino say a big part of that development will depend on the ability of a roadway like the inner belt loop or the Aronson Bridge project to take the pressure off of Main Street.

"They're looking for alternative routes to make sure that their customers have easy access in and out of the heights," said Pitman 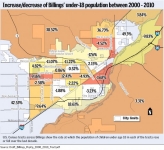 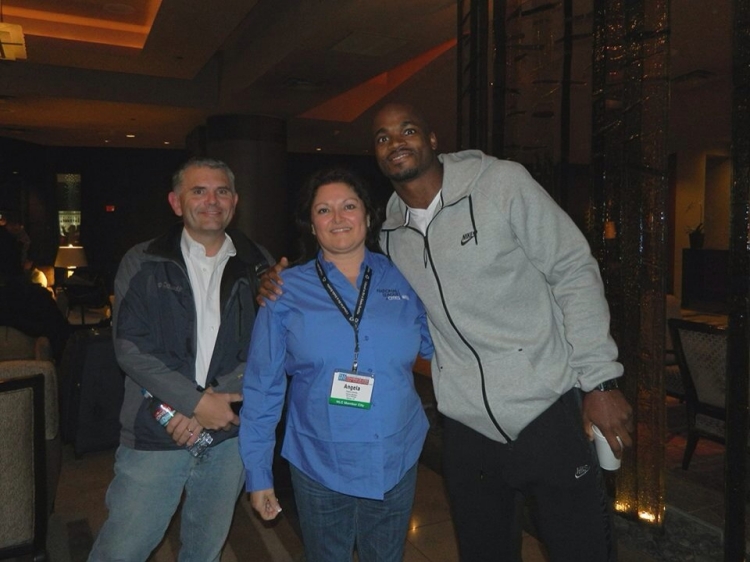 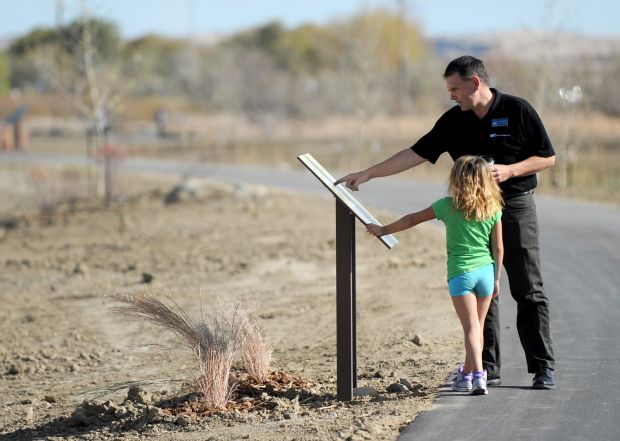 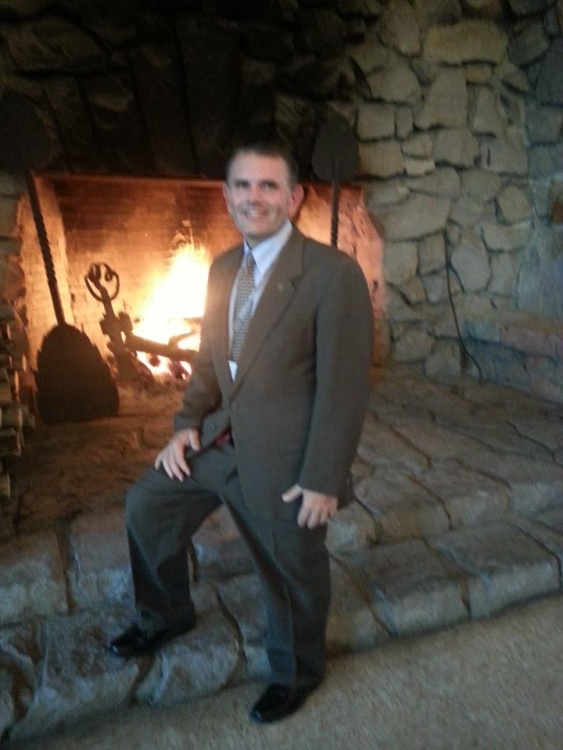 “If you are not at the table,

you are on the menu!”

Because of being on the council, I have:

Not done alone, but working together for the betterment of Billings….

For everything there is a season….

A time for Breaking down

A time for change.

In 8 years approved budgets totally over