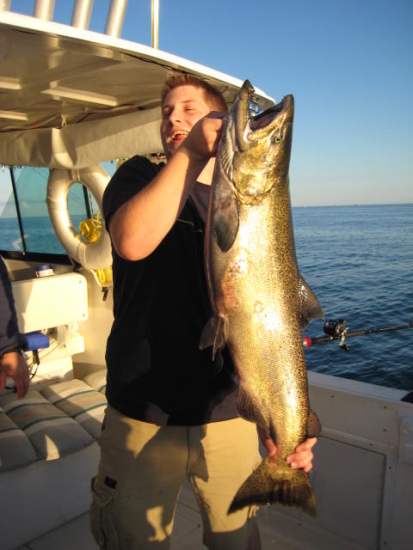 Its round shape allows for multi-directional trolling and also facilitates (with a special "O-Ring") instant changes in diving capability, providing the angler with two different size divers in one. Like all planers, the directional Dipsy Diver is held in planing position by a lead weight. But with the Dipsy, this weight is molded into an adjustable base plate. When rotating this plate to the right or left, the plaining surface is tilted causing the diver to move to either the port or starboard side when trolled. If the weight is left at the center position, the diver will track straight behind your boat. 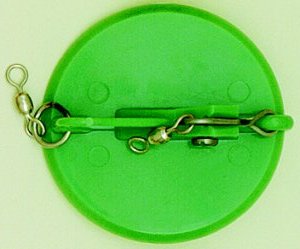 The special round shape and resulting multi-directional feature sets the Dipsy Diver apart from other divers/planers. The ability of the angler to add or subtract depth capability with the unique "O-Ring"(on sizes "0" and "1") is yet another outstanding feature of this diver it's like getting two separate divers for the price of one. Here's how the Dipsy Diver works. After you've tied your line to the barrel swivel at the front end of the diver and have locked the adjustable trip mechanism in place, it is ready to fish. When trolled, water pressure against the diver's plaining surface causes it to dive. Shifting the base plate weight to the left or right tilts the plaining surface and results in the diver descending on a pre-determined angle. This multi-directional feature is possible because the base plate contains a molded-in weight that can be shifted in degrees. Each degree of shift right or left as indicated on the base plate arrow will cause the diver to track straight, to port or to starboard. 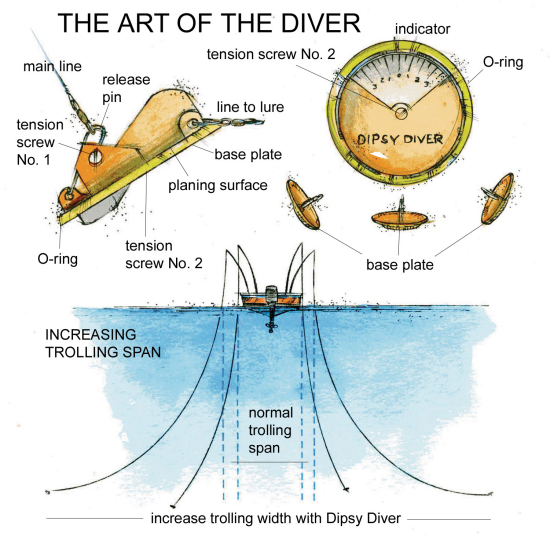 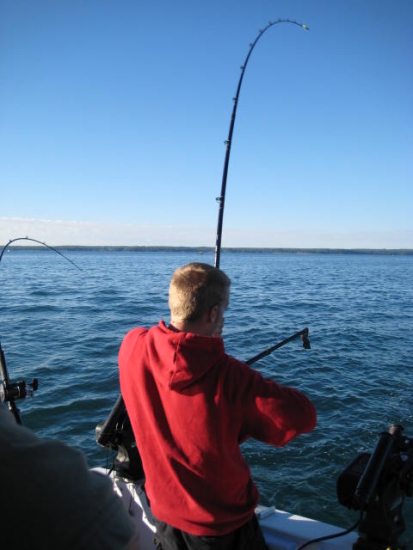