Species you will be fishing for on the Salmon River: Chinook Salmon, Coho Salmon, Steelhead, Domestic Rainbows, Brown Trout and Atlantic Salmon. 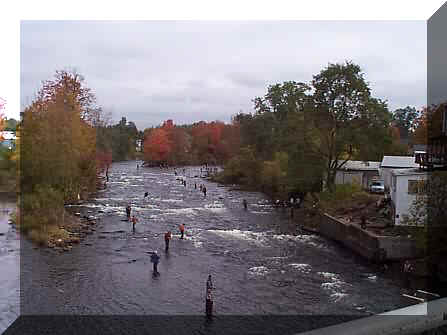 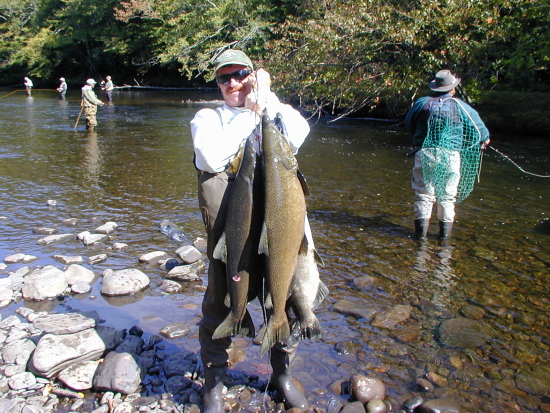 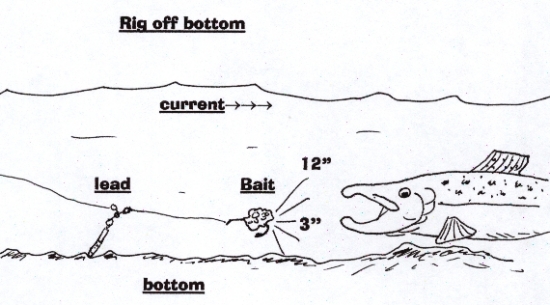 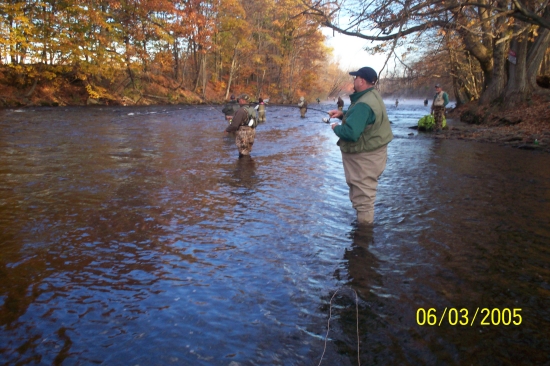 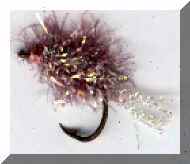 This is also a good time for them, because the weather near the Great Lakes is still tolerable. Estaz flies, egg sucking leeches, woolly buggers, and yarn eggs work best this time of year. Winter Steelhead fishing from December through late February can be very productive and also very cold. Make sure to bring along plenty of warm clothing if you go. Temperatures will drop below zero and lake effect snow squalls can pop up at any time. At this time generic nymphs, small black stone fly nymphs, and small egg patterns work best. Remember that the winter fish tend to be more lethargic because of the extremely cold water temperatures. Fish slow and look for some of the softer seams where they do not have to fight strong currents. March through April is a good time for steelhead as well. Like the fall the weather is generally more tolerable then during the winter months. The fish at this time of year are generally less active then during the fall and are there more to spawn, although they will feed and the fishing can be excellent. Starting around late April and May the steelhead will drop out of the river back to the lake. This is a good time to fish for drop-backs that are extremely aggressive after spawning. They need to feed and will take dries, streamers and wet flies (spey flies) eagerly.

Coho Salmon, also known as Silver Salmon, can be in the river anytime during the fall from September to December. They are more aggressive then the King Salmon and will strike eagerly at a fly (especially the males). Coho's are hard fighting acrobatic fish similar to Steelhead. Most people do not come to the Salmon River specifically for the coho salmon fishing, but come across them while fishing for other species. Brown Trout can also be in the river along with the Steelhead. The best time for browns is usually from late September to early December. 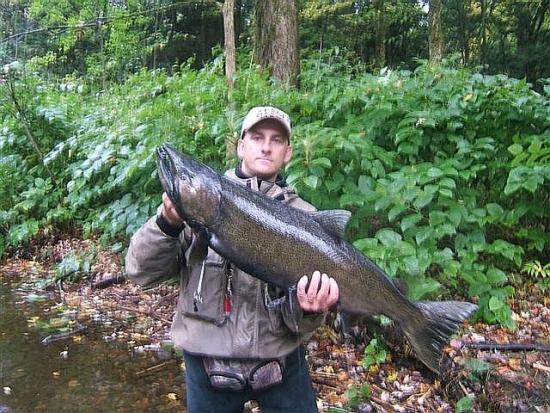