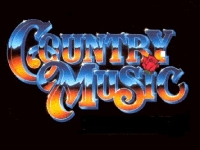 Fourth season American Idol winner Carrie Underwood has become a superstar in country music. Her debut album “Some Hearts," released in 2005, is one of the fastest selling debut albums in Country Music history. She is a three-time Female Vocalist winner of both the Academy of Country Music (ACM) and the Country Music Association (CMA).

She became the first female singer to win back-to-back ACM Awards for Entertainer of the year (2009/2010).It may surprise you to read that I believe Carrie Underwood is a classic example of what is wrong with country music today—most of the songs on the Country charts these days are not country.

Yes, I know, country music is bigger than ever. Some of country music's biggest stars have even found their way into the top music earners of today. Country music is no longer just in small-town America. It has become a nation-wide force in American music, standing toe to toe with pop music, that is because it is pop music! I understand why country music is what it is today—wide appeal means money.

Carrie Underwood is a great vocalist. What disappoints me is that most of her songs are clearly not country. Her songs are more suited for the “Pop” charts, certainly not country. She masquerades as a country artist when in fact she appears to be a want-a-be pop artist.

The success of Carrie Underwood’s pop songs on the country charts is not because true country music lovers are requesting or buying those songs, it is because of the crossover appeal to pop music lovers.

There is nothing wrong with pop music (for the most part), it just isn’t country music. Carrie Underwood’s success in charting pop music as country music has opened the gate for others to follow. As I write this article, I noticed Kelly Clarkson has entered the Country Music charts at # 38 with her song, "Mr. Know It All."

I decided to check it out on YouTube. What I listened to made me sick. Who in the hell decided that was country music? Having “Mr. Know It All” listed on the Country charts is like having a Pentecostal minister preaching at a Catholic Church. That would go over like a hot air balloon flying over hell---it just doesn’t work!

Clearly, the decision to place Kelly Clarkson’s “Mr. Know It All” on the Country charts must have been made by those in control of such a decision while under the influence of who knows what. If this song or Carrie Underwood’s newest “Good Girl” makes it into the top 10 or heaven forbid number one on the country charts, then we have truly lost Country Music.

Having those two songs on the country charts at all is a slap in the face to every true country music fan. Those in charge of country music (executives, producers, and promoters) have promoted true country music almost into extinction. How? By promoting such acts like Carrie Underwood, Taylor Swift, Casey James, The Band Perry, Hunter Hays and yes even one of the hottest groups in country music Rascal Flatts as country music—and now Kelly Clarkson? Come on guys, are you serious?

Country music has a certain sound and quality of its music. None of the artists I have mentioned above has “that sound” and they do not belong in country music. I am not a one-dimensional music lover. I do enjoy some of the so-called new country artists. I happen to like a number of Taylor Swift’s songs. The group Lady Antebellum has a great sound.

I even think one of Carrie Underwood’s songs, "Before He Cheats," is a great song—I love it. Susan Boyle and Brooke White are great and I absolutely love Lisa Kelly of Celtic Woman. If you promise not to tell anyone, I enjoy listening to Michael Buble---he is a nice change of pace. Of course, I love the 50’s and 60’s Rock n Roll. I enjoy listening to “elevator music.”

“Country fans need to support country music by buying albums and
concert tickets for traditional artists or the music will just fade away.
And that would be really sad.”

The Best Country Music Song of All-Time!
Looking Through the Eyes of a Fool
The story, the music and the vocal by Buddy Jewell
is what Country Music is all about!

This song is a close second to
Looking Through the Eyes of a Fool,
for being in the spotlight as the best Country song ever.
It is a great song in the tradition of real Country Music: