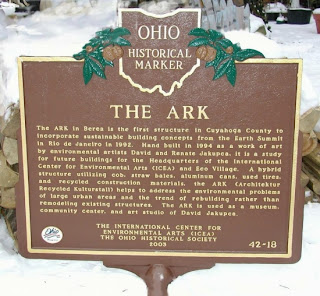 The International Center for Environmental Arts (ICEA) was founded by David and Renate Jakupca in 1987 to meet the compelling needs of ordinary citizens for access to current, balanced, understandable information about complex global issues.When you look around you can see ICEA has been an overwhelming success.

ICEA was organized into three divisions:  Environmental, Humanities, Arts and Culture, this acts as an umbrella organization of affiliated groups  that support related agendas.  ICEA's mission is the Theory of ICEALITY on Environmental Arts, that is to "Assist in understanding of the relationship between Humans and their Environment through Arts and culture  ultimately promoting a sustainable global Culture of Peace between all Living Things (Human, Plant and Animal Kingdoms)"   As the first professional art organization to be solely dedicated to this endeavor, this has made ICEA a leader in the Environmental Arts Movement and a force for socially responsible activity.
ICEA participated in the 1992 EARTH SUMMIT, and in 1993, David and Renate were official UN Observers to the UN Conference on Human Rights in Vienna , Austria. There with the approval of the US delegates, Geraldine Ferraro and President Jimmy Carter, ICEA has been promoting iceality and recycling all major UN World Conferences until they were discontinued in 2007. These recycled conferences and related ICEA exhibits have received international critical acclaim in the environmental arts movement.

As a visionary providing inspiration for others in the sustainable development of Cleveland, David has been officially designated by The City of Cleveland, Earth Island Institute and other major organizations as the "Spiritual Father of the Environmental Art Movement". TIME Magazine nominated them for their Millennium Heroes for the Planet.

The historic ARK in Berea, home of the sustainable global Environmental Arts Movement,  helped inaugurate the green building trend that is now sweeping America.  In 2000, mainly because of their heightened talent to match ability with vision, David and Renate were the ideal avant-guides to help lead the Nation into the next Millennium when they spent six months in Europe at EXPO2000, the World's Fair in Hannover, Germany as Americas Cultural Ambassadors.
Over the years, ICEA has gained a reputation for excellence based upon a unique library of specialized, current information on global importance and a wide range of imaginative programming and collaborations with other organizations to meet the needs of a broad constituency. With affiliates across the globe, the ICEA supports research, information sharing and effective action promoting a sustainable culture of Peace for All Living Things. 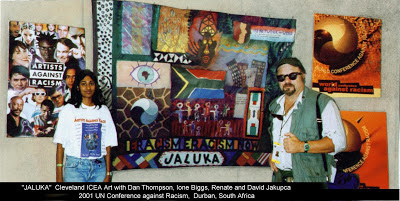 Jakupca's Theory of Iceality on Environmental Arts (ICEALITY*) was enthusiastically embraced by the United Nations and by 1992 was featured in many of their World Conferences;

The result of this major global public promotion at the United Nations level, is that the Theory of Iceality on Environmental Arts is now considered as the cornerstone of the modern sustainable global Environmental Art Movement and this concept is now replicated by artists, architects, urban planners and sustainable organizations throughout the World, reflecting a still growing global audience.  However, it must be noted that not all of Jakupca's contemporaries did accepted the new theory at once.

LINKS:
How One Family Made Cleveland (Yes, Cleveland) Cool
http://www.nationaljournal.com/next-economy/solutions-bank/how-one-family-made-cleveland-yes-cleveland-cool-20130801